Back in March 2020, shortly after AireCon weekend (where I was demonstrating Aliens Ate My Planet! to anybody within shouting distance, and blogged about it daily starting here: AireCon 2020: Friday 13th March), I found myself in a bit of a flunk, especially given the usual shenanigans that oft happens immediately after these things —bouts of tiredness mixed with a dash of depression and a half-assed wistful melancholy— but this time that li’l cocktail was shaken and stirred by the whole lockdown palaver switching into top gear mere days later. Needless to say, it wasn’t a particularly joyous month: Personal Diary / Update (March 2020).

By the end of March, I had already started looking at my games collection, and in particular at all the new and unplayed games I’d not be getting a chance to share with anyone for a good few months, and managed to work myself up into a bit of a state, basically… Where the fig was my gaming fix going to come from?  Yeh, sure, I love Marvel Champions a lot, and it could go a fair way to helping me through the arid gaming wasteland that had suddenly become all-too-real, but it’s not going to keep me going right through this thing, is it?

What, then, if I resolved to try and play all the different solo modes of all the games I own, and at least give myself a fighting chance of getting some other stuff to the table in the mean time?  Arguably, we’re getting a bit more for our money as well, which is no bad thing, either! Sifting through the titles in my limited collection, I found quite a few had a solo mode, and as I started tallying the numbers, soon realised there was no shortage of gaming options, here, if I applied myself to them…

To cut a short story even shorter: wheels turned, thoughts came and went, and I had a bit of a crazy idea: let’s try and play at least one game every day in May, and because I’m still also working 5-6 nights a week (in a supermarket: not quite as heroic as those incredible NHS folks, alas), it might be something that needs a little planning… thus the scribbles in the main image above!

What could be more appropriate than starting the month off with something topical, eh? And since Pandemic: Fall of Rome is one of my fave versions of Pandemic (and a game I’ve only beaten once previously, I think), what better way to begin a solo gaming marathon?  Or so I thought.

Actually, it was a close-run thing, and I only lost because I ran out of player cards just as I was going to seal the final peace treaty with those barbaric Vandals!  A cracking game, though, and I plan to adopt the rather clever (and simple) solo rules for a game of Pandemic: Reign of Cthulhu later in the month, too.

Space Explorers is a game from 25th Century Games that I picked up via Kickstarter last year, and have previously described as ‘Splendor with knobs on’. It’s a fun 30-45 minute filler game of sorts, really, but the solo game is really hard to beat, and sure enough, I got my backside handed to me several times, even after I knobbled the scoring system for the solo engine to give myself at least a shot at winning! A pretty game, this, with some quality tiles, it must be said, but damn it’s hard to beat…

Easily, my favourite game of the moment, and hands-down my favourite from last year, too, so getting this to the table any time is always a pleasure. This time, I opted to put together a custom Aggression Deck for She-Hulk, and pitted her against The Wrecking Crew (Scenario Pack). I got a bit lucky on the second attempt, and prevailed in the end, after a timely intervention by Hulk himself. Good stuff, though, for sure!

Possibly the longest game I played in this first week at just shy of 3 hrs, this is a solo mini-wargame from Decision Games (based on their core Raider system). Although you can opt to play any single scenario/mission from this, I chose to play the campaign version (four linked scenarios), and although I failed the first mission, I did get very lucky in subsequent missions, and in fact, only succeeded in the final scenario ‘Damascus!’ through sheer luck: a suicidal final assault on Damascus by Lawrence himself with just an Armoured Car as support (all the rest of my forces having been destroyed by the Ottomans) — amazingly, the garrison at Damascus (randomly assigned face down at the start of the game) turned out to be a big fat ‘0’ (it could have been 0-4, representing the defending forces), which allowed Lawrence to walk in and claim the win!

This is a new game by Janice and Stu from Wren Games, but also billed as a thematic standalone sequel to a previous game called Assembly (which I’m not familiar with). It’s certainly colourful, and is more of a multiplayer programmed movement / memory game in which players have to manoeuvre their ship through a challenging, puzzle-style, hazard-strewn tableaux in an effort to make it back to Earth with a virus sample on board. Another game from the ‘on-point-and-currently-topical’ bucket, then!

It’s actually very difficult to beat (esp. in solo mode, I found), but it does come with a wealth of options and variants that allow players to tweak the difficulty, some of it to seemingly insane levels, though, imho, given how lousy I am at this!

This game is the infamous title that broke my game-buying boycott last year, and was sold to me as a tougher Pandemic-stylee game in which you have to take control of (or liberate) five districts on the board before Radetzky and his Austrian forces overrun the city!  With multiple players it’s pretty tough, anyway, but I was pleasantly surprised at just how much I enjoyed this as a purely solo experience, and chuffed to bits that it didn’t take too long, either (just 30-45 mins).

I had my eye on this series ages ago (back in 2017, actually: Essen 2017 Preview), and bought the first two (tiny) boxes in this series last month, specifically for this month’s solo marathon… A good decision, in hindsight, because both of these are very clever solo puzzlers (and also quite tough, I found, although I’m beginning to think everything with a solo engine plays a better game than I do, frankly!) 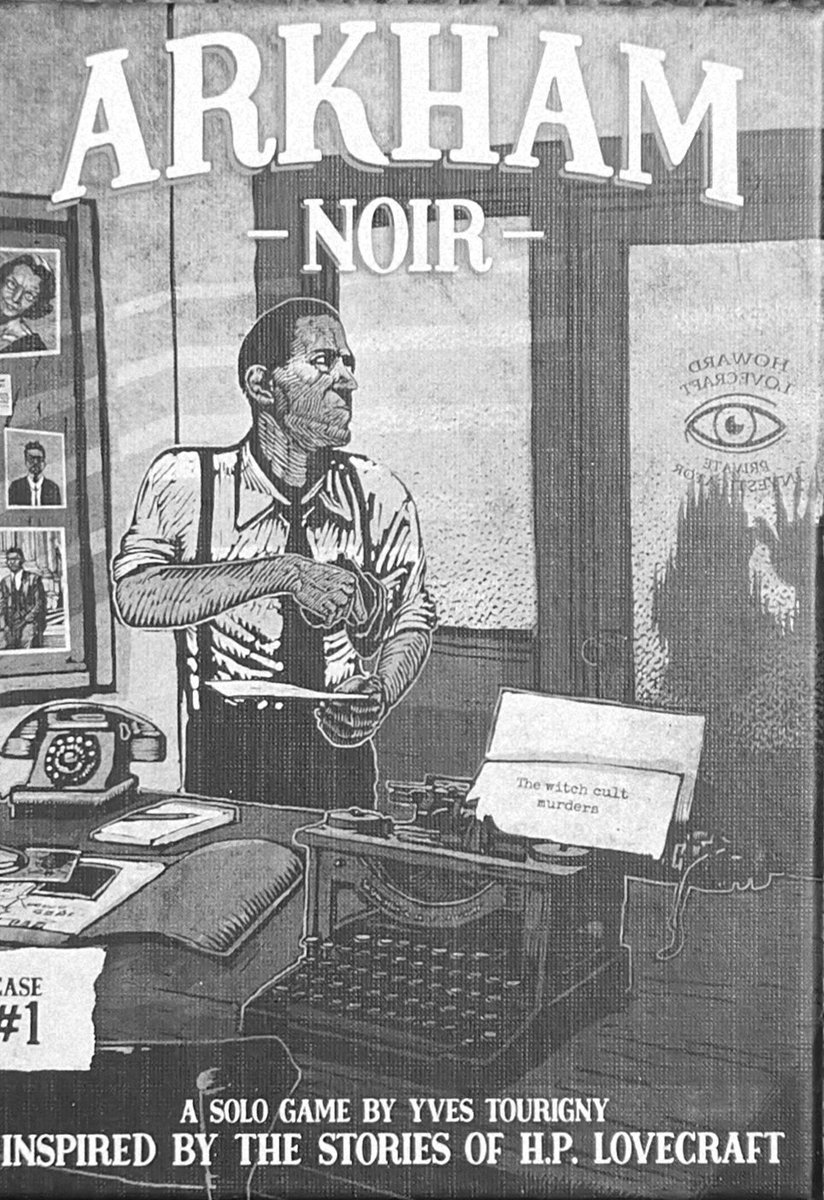 A Positive Start to the Month?

Well,  if you’d like to know my Win/Loss record so far this month, it’s 21 games and only 6 wins, which is pretty terrible however you look at it!

To be fair, it hasn’t been as easy as I thought it would to find time to play a game every day (and I was secretly grateful that some of them were mercifully quick outings, tbh), forcing me to take a second look at the feasibility of getting some of the bigger, more involved games to the table later this month… I will of course, try to, but working nights, some days I am just genuinely knackered, and others I find myself invariably drawn to ‘mong on the sofa’ in the company of popular TV shows like Agents of SHIELD, Star Trek: Discovery, The Mandalorian, and other Marvel and Star Wars-related delights c/o the Disney+ streaming service!  And both MTG Arena and XCOM: Chimera Squad are excellent alternative ways to lose a few hours…

On a brighter note, a feature photo of my Aliens Ate My Planet! game at AireCon made it into the May issue of Tabletop Gaming Magazine under the convention write-up page, which was a pleasant surprise…